New frog species found in hunt for old ones 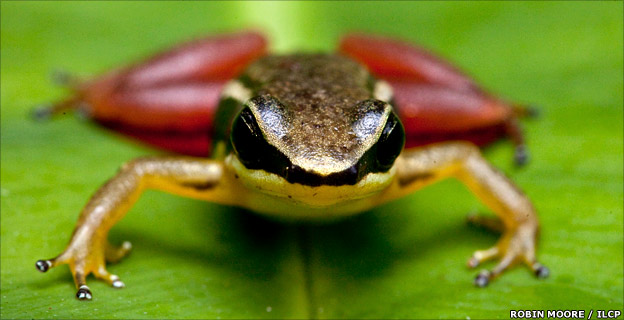 A search for frogs believed to be extinct has instead led scientists to discover some new ones.

Three species hitherto unknown to science have been found in Colombia.

They include a poison-secreting rocket frog and two toads. All three are tiny and tend to be most active in daytime, which is unusual for amphibians.

However, the same expedition to Colombia failed to find the species it was hoping to rediscover, the Mesopotamia beaked toad.

The disappointment provoked by that non-discovery turned to glee when the conservation scientists came across the three new species.

newslink
Posted by AllAboutFrogs.org at 8:49 AM